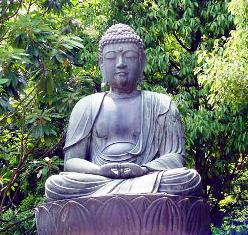 Dharamsala News India :" That which gives us shelter is sacred !"

" Under a tree was 'Buddha' born, Under a tree he attained 'Enlightenment' and conquered passion, Under two trees did he pass into 'Nirvana' !! "

...His Holiness the 14th Dalai Lama of Tibet. 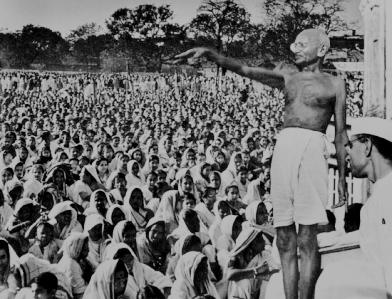 "Freedom is not worth having if it does not connote freedom to err. It passes my comprehension how human beings, be they ever so experienced and able, can delight in depriving other human beings of that precious right!"

"All the religions of the world, while they may differ in other respects, unitedly proclaim that nothing lives in this world but Truth !!" 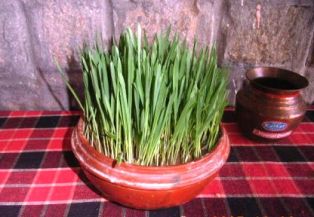 The Goddess 'Shakti', in all her nine manifestations, is considered the daughter of the Himalayas. She represents the Universal Strength of Green Nature, the Fertility of Mother Earth and the Blessings of all that can conquer Evil !

We start the festival with prayers to the Goddess 'Shakti' and plant the maize seeds in an earthernware utensil. For nine days it is nurtured with 'mantras' and care. How it grows in these nine days, will predict the 'future' of the home and the 'harvest' of the coming year for a 'Green Earth'.

An auspicious lush 'green' growth of the maize signifies, prosperity, joy and peace for the 'family'. A 'pale yellow' growth, fortells family clashes and ill health. When there is a 'weak faded green' growth it means an inauspicious year of bad fortune. If the growth is affected by rats..it is considered the blessings of 'Ganesha', and a year of good beginnings ! 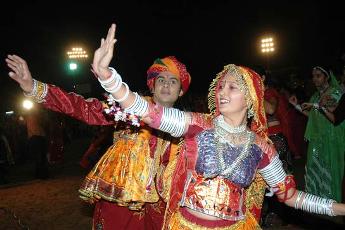 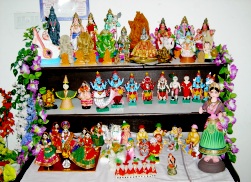 The nine days 'Navratra' Festival dedicated to Goddess 'Durga'and ending with Dusshera, symbolising the vistory of Lord Rama over the Demon King Ravana, is celebrated in many ways all over India. In Gujarat..the 'Garba' Folk Dance, resonates with colorful and rythemic celebrations in which people from all over the world participate.

In Hyderabad and many other parts of India the Goddess 'Shakti' is believed to visit the homes in the manifeatation of a 'little girl child' (Kanya). 'Kolu', the traditional doll house housing various Gods, Goddesses, Animals, Puppet Dolls, is set up in the house to attract the Child Goddess to come and play with the Dolls and give her blessings to the family. 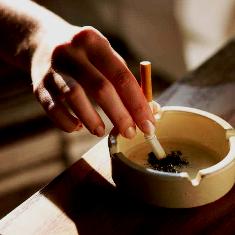 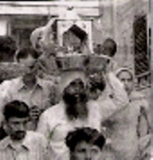 The Health Ministry has taken a positive initiative by banning smoking in public areas, hotels, etc according to specification, as per the policy for making the country - SMOKE FREE and providing congenial atmosphere for 'passive smokers'!

The Himachal Govt. is contemplating keeping the Ancient Eternal Fire Temple of 'Jawalamukhi Temple'..open the whole day, keeping in mind the heavy rush of devotees from all over the world, during this festive, 09 days 'Nav-RATRA' Celebrations!

The Himalayan state of Himachal Pradesh, has started the Anemia-Free campaign by providing better health facilities and information throughout the state.! 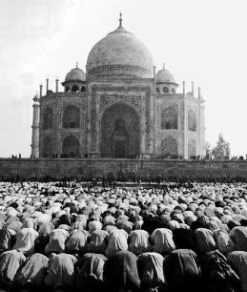 The Himalayan people of the state of Himachal Pradesh, wish to all.."ID MUBARAK!" May Peace, Prosperity and Good Health prevail all over the World.

Our heartfelt condolences to the families of all those affected by the unfortunate event at Chamundi Temple in Jodhpur on the first day of the 'Nav-Ratra'. Himalayan prayers for the departed souls ! 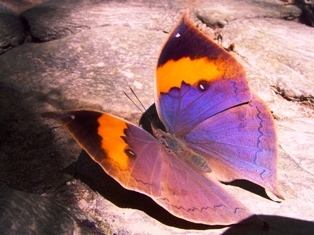 " I dedicate this award to the People of Himachal Pradesh, as without their sustained efforts, I could not have been conferred with this honour. Let us renew our pledge to make 'Himachal Pradesh', a Carbon-Neutral State !"..

"Iam a proud Mountain Dog"..In the snow mountains of Himachal Pradesh there are professional 'sheep dogs', who are a big help and companion to the nomadic shepherds of Chamba & Pangi Valleys.

The Mountain goats and sheep are swift rock climbers and useful for milk & wool. Nobody can subsitute..fresh cow milk in the Himalayan villages..the pureness of the milk makes delicious fresh butter, curd and cheese products.

**This week-end visit the 'rural culture' and people of India..for a better bond with Environment and Animals..for your personal growth !! 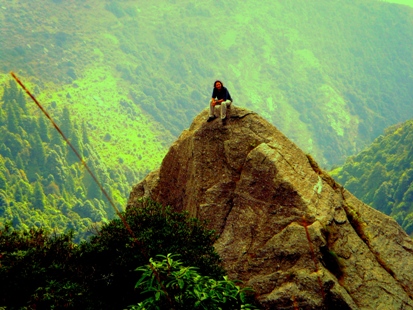 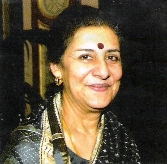 "We are working closely with the developing world to express our mutual concern on issues like climate change !" 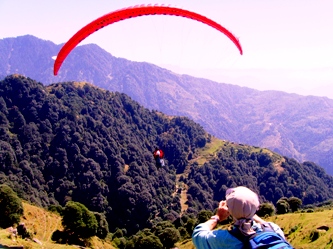 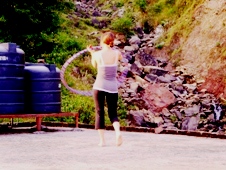 'Rustle of the Leaves',our 'Spiritually Energizing' Holiday Brand, is promoting Environment Friendly ECO-TOURISM, while giving back employment to all the local communities of the Himalayan state of Himachal Pradesh..in all the Seasons !!

**Touching the Skies with Para-gliding, Hill walks, Rock climbing and HoopLa Dancing Therapy, are a close encounter with Mother Nature, while enjoying, Himalayan 'haute- cuisine', is promoting Govt. sponsored 'Home Scheme' at 'Vidya Niwas', in the 'Rural' background of 'Kandi' village in Dharamsala,..the Spiritual Capital of the World. !! 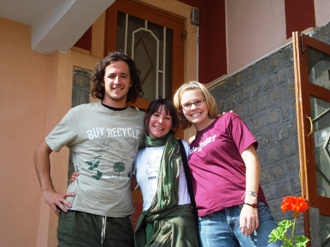 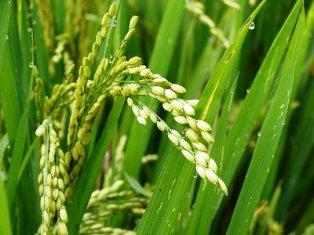 The Agriculture University of Palampur near Dharamsala have created a new 'hybrid' rice -6129, with the help of Rice Research Center in Hyderabad, which has the yield six time the present yield of the normal paddy grown in the Himalayan state of Himachal Pradesh. The yield is 60 to 100 quintal per hectare od land as against 10 quintal per hectare currently. This variety will give a boost to the local farmers. One up to the farmer community.

Kapil Dev, the former Indian Cricket captain ,now will play a new responsible role in the territorial army apart from his cricketing days in the future. The people of the Himalayan state is proud of him..A new direction in life for India !! 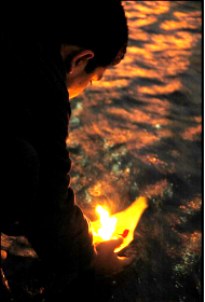 The Ghats of the Ganges...Salvation of the Soul !

As part of an extended 'Human' family, we pray for World Peace ! The 'relics' of the Sakyamuni Buddha in Mumbai..stands tall and the energy it emits is like a halo of Peace and Tranquility. Meditate, in this aura and search the divine spirituality within yourself.

The harmony of the four elements (TATVA)..Fire,Water,Earth and Air..in the Universe are an offering to the 'Holy Ganges'..a life giving source in the healing energy of the 'Ganga Aarti' ceremony, a 365 days sacred tradition on the Ghats of the Holy waters of India.

This week-end on the 'UN Peace Day', take some time of with your family and friends to a Peace Shrine and pray for the Peace and Harmony of the Four Elements ! Participate in the Universe, you would like to offer to your future generations..A Beautiful Earth Legacy. !! 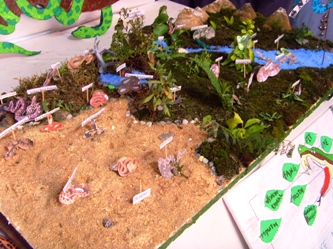 The Himalayan town of Dharamsala is buzzing with school activities and the students are excited about their Eco-Projects. The Exhibition at Sacred Heart Convent School, run by the Sisters of Charity of Jesus & Mary,..one of the oldest mission school, was a treat to see ! Students, proudly displayed their projects and FAQ related to Flora-Fauna, Eco Energy Systems, Environment, etc., were instantly answered by them. One up, to the Himalayan Education !! 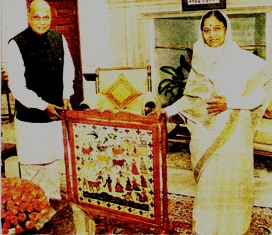 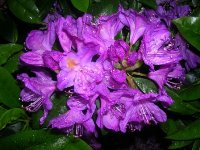 The tribals of Kinnaur are celebrating the seven day Fulech Flower Festival starting from today. Ten Youth go up the mountain to collect the highly fragrent alpine flowers, intoxicating in their essence. These are then bought down as offerings to the Gods and is then followed by celebrations, dance and fruit wines. 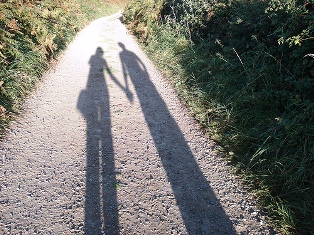 We believe 'violence' is the biggest failure for 'humanity'. Many times in churches, temples and holy shrines of the world..a global community has extended a 'welfare' gesture by feeding the 'hungry and the poor'!

In public social gatherings on weddings, gram-puja, festivals people have been seen to 'come together' irrespective of caste , creed or color..to celebrate the power of integration and unity.

**In the Nepalese community we have the Annual 'KUL - PUJA'..where the whole community remember their ancestral God -'Kul Devta' and seek their blessings for peace and protection.

**In the Sikh community there is a very beautiful tradition in the villages which is practised daily. There is a common 'tandoor' (Chula - Earthenware Fire Cooker), where all the ladies, collect to cook their food and community chat..a sense of security and belonging !!

**In the 'Gaddi' tribe of Himachal Pradesh historically considered to be, the descendants of 'Alexander the Great', the whole community collects to pray to 'Kurla' & 'Kurli'..children of the Rain Gods to give them harmony in the natural elements for a 'good harvest' !

...There are many such traditions all over the 'World', which bind us together as 'simple human beings' and which trancends into a huge 'global community', with a coomon goal for peace, understanding and harmony !!

This week-end, collect together and build a 'Community for Peace' all over the world !

The Himalayan people extend their heartfelt condolence to all the victims of this uncalled tragedy and pray for peace within ourselves. 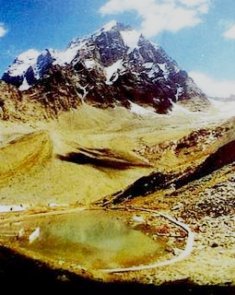 Over 55,000 International and Domestic Tourists celebrated the famous 'Manimahesh - YATRA' by taking a 'Holy Dip' in the sacred waters of the divine Shiva & Parvati Shrine.

" An Enlightened Mind can see in the Dark and rise above all to Dream the Impossible !!"

The International Literacy Day, was celebrated in the Himalayan State of Himachal Pradesh...Book fairs, seminars and workshops with women and students were organised to educate and nourish the mind and soul ! 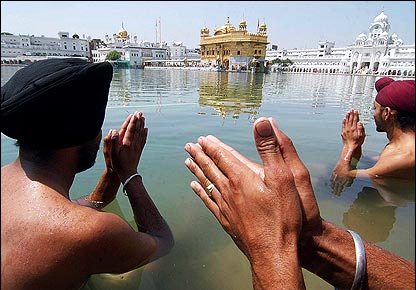 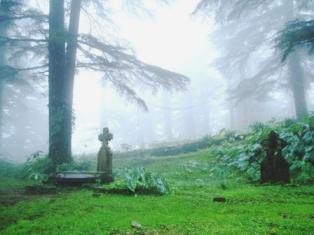 With so much talk..talk..talk on Water Therapy, which no doubt is excellent for relieving stress levels, nobody can forget, the comfort of a 'hot water bottle', with bedside stories to complement the winter chill of the Himalayan nights !

There is much about the healing tranquility of the 'holy waters' of India in all our cultural traditions. Whether taking a 'holy dip' in the Ganges or any other sacred waters of India or 'Baptising' a New Born...our traditions, teach us to value and respect 'Water' which is a life giving energy source.

In the Sikh community, one of my favourite traditions, is the Annual Distribution of 'Sharbat' (Sweet Water), to all who are thirsty, irrespective of caste, creed or color !! This is a sure way of earning 'high karma credit', as a salvation of your soul. !

This week-end familiarise yourselves with the Environment friendly traditions of our country - India !! 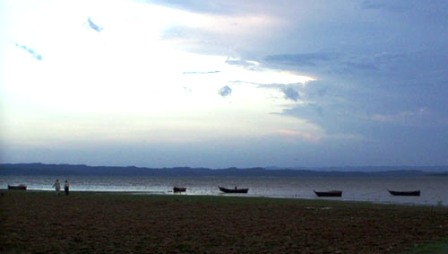 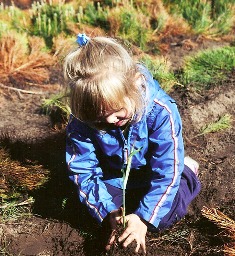 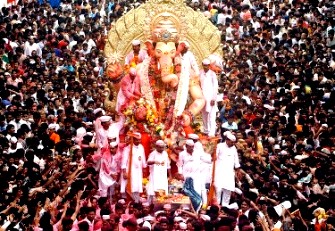