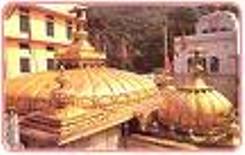 The Ancient Eternal Flame Temple of Jawalamukhi in Dharamsala is radiant with the week long Festival of 'Gupt Navratra'...which is the incoming season of spring and yearly thanksgiving day. Million of devotees throng this Temple for the celebration, singing 'Bhajans'(Spiritual Hyms) and Daily 'Bhandaras' ( Free Meals) is organised by the Temple Committe.

In the ancient cave temple of Goddess Durga at Kunal Pathri a two day workshop is being organised from 09/10th Feb,2008. This workshop will give free yoga discourses and free herbal therapies for the patients from far and wide. Awareness of HIV Aids, Alcohlism & Drugs along with Environmetal Responsibility will be the topics of the ongoing seminars.

The local Forest & Horticulture Department in Dharamsala is making development plans for Dharamsala. A budget of Rs 01 Crore has been assigned for further development of the eroded forest reserves and farmlands and for the natural conservation of the environment with eco-drives against soil erosion and avalanches.

Dharamsala, the small himalayan town was alive today with traditional celebrations of the Tibetan New Year..Chanting mantras with lighted torches by the crowd in the streets. The 'Cham Monastic Dances' by the monks , the dance of the Ibex deer and the dramatic battles between the King and ministers, added to the jest of the celebrations.

The beautiful valley of Manali is all set for the Winter Carnival as the snow sets in the Valley. Skiing and all kinds of snow-sports will be held along with cultural programs of dances and music. A must for the snow lovers !

The newly elected Transport Minister, Shri Krishan Kapoor has annnounced travel in comfort for the International tourists by plying in major tourist routes brand new luxury Air Conditioned buses and local buses for the coming season. A much needed services in the Himalayas !

Mcleodganj, in Dharamsala the little Lhasa of Tibet in Himachal Pradesh is humming with tibetan chants, singing and dancing on the streets...its celebration time for the Tibetan refugee community for their New Year. The festival's main highlight is the traditional 'puja' in the Main Temple in the august presence of His Holiness the Dalai Lama the spiritual leader of Buddhism.

This festival is said to have begun when an elderly women named 'Belma' introduced the system of time being measured by the phases of the moon.

Thronging tourists coming to attend the 'Losar', Tibetan New Year festival in Dharamsala are in for a surprise..they can add new jest to their trip here by going to the Pong Lake which boasts of nesting 40% Global population of bar-headed geese. Over the year their number has increased substantially and the good news is..the lke has all the wet-land habitat potential to support many more migratory and home birds of various species which is now numbered at 2,500 species approx. A haven for the bird-watchers this spring!! 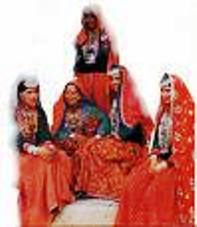 It was the courtesy launch of the e-governance HIM-SWAN project today that Chief Minister P.K Dhumal interacted with Govind Ram Arya, his principal while he was in Class X at Tauni Devi School in Hamirpur to launch his HIM-SWAN project that became an occasion for interaction between the chief minister and his principal after a long gap. The launch of the project saw the chief minister taking some of the officers areas under their jurisdiction.This gave an idea to all those present at the function the extent to which the chief minister or any senior functionaries can monitor the progress of any project or the movement of files with the help of this e-governance project.....

After completing class ninth, students are being obliged to attend Computer classes mainly necessitated by the Government. The reason so that the future generation have the knowledge and education of not only using this technical monitor but also at the same time are able to use it for their own benefit where job opportunities are concerned. HP government is in fact the first to make such a decision and open institutes where the classes can be attended....

Dharamsala Dharamshala News,HIV AID Children, Feb 05,2008: A painting competitionwas organised at Sainik Guest House. The paintings received a whole hearted support by the local society and cash awards were given to the young artists.

International Airport for Dharamsala, Feb 05, 2008: The newly elected Chief Minister Shri Dhumal has announced the commitment of opening the New Interantional Airport at Una near Dharamsala which will give a flip to the Tourism economy in the Kangra Valley in the near future as this town of His Holiness the Dalai Lama thrives mainly on tourism.

Animal Care Center in Dharamsala :An Animal Care center is proposed to be opened for all the stray animals in Dharamsala by the local Hindu Society. Donations are welcome from any end. Good Karma in Dalai Lama town.

The Municipal Corporation today took the 'Clean Dharamsala Drive' at full swing to make the town look clean and welcoming for the new season and the flow of tourist with the first snow in the Kangra Valley of the Home of His Holiness the Dalai Lama.

Dharamsala receives seasons first snowfall this afternoon changing the land to a shimmering sheet of white snow with the sun shining on it. It was spectacular to witness the snow flakes falling lightly on the ground providing immense pleasure to all. Mcleodganj was a hub of activity with excited people flocking in to see the snow. Tourists enjoyed hot Indian snacks and 'masala tea' (chai) while small children could be seen playing with snowballs.

The country needs to plan its strategies for the future with a proper vision and target winning events by setting up professional football academies in states to nurture talent, opinioned Shyam Thapa, a former Indian Football Player. Shyam Thapa believes India has the capability to produce good players with more infrastructural development.

Dharamsala Dharamshala on Dalai Lama..Click HERE !!
[?]Subscribe To This Site