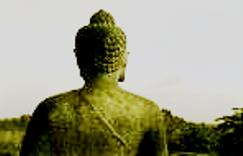 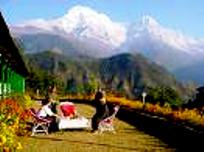 This was in the month of October, when the alpine flowers are in full bloom and clear starry skies decorate the snow covered mountain peaks. We had some family friends and leaving everything behind we went up for a small Himalayan soft trek. Up there we could hear the sounds of the cuckoos, the melody of the hidden streams and with it all the 'stress burn' faded away.

We laughed, pitched our tents..cooked outdoor meals which had no recipes, played cards, confided as friends and slept under a starry sky. For your next week-end pick any place outside in the hills or forest and take time off in a place where time does not exist. 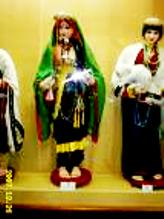 There was an Art & Craft Bonanza at the Police Grounds in Dharamsala. The Himalayan Art & Craft were displayed for the public and tourists to appreciate. 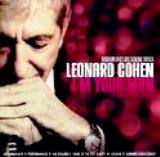 This was in the summer of 2004. We had just shifted into our new home - Vidya Niwas. We were exhausted  with all our packings cluttered around the place.We came across an old cardboard box. There were some old cards, an autograph book and most of all plenty of old music cassettes of Hindi classics and the early English hot favourites. With the kind of energy only children can have, immediately my son went and played the music. As the melodies of Beatles, Paul Anka, Neil Diamond...along with memorable songs of Geeta Dutt flowed in, so did our exhaustion die out. We were on a different 'high' as the collection was from our college. A week-end discovering yourself with your kids and your hobbies! 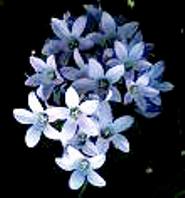 On World Environment Day 2008, I remembered my friend from USA who visited us last year. He was amazed and fascinated by the 'Touch-me -not' Plant growing in our Home - Vidya Niwas. When we touch the plant it folds its leaves like a shy bride. Celebrate a Green Day with Green Holidays in Dharamsala and India 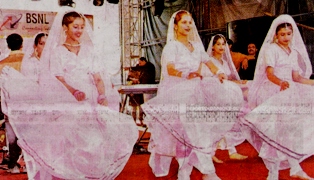 A treat in Dharamsala for Dog Lovers to be able to show their precious pets in the Dog Show 2008..during the Summer Festival.

Spiritual Leaders collect to promote Peace and Harmony among all communities at the conference in Delhi.

Early morning climb to the nearby hills, if you are lucky you might find yourself between a field of mustard flowers and spurts of camomile flowers waving at you and spreading their healing aroma, all around.

Indulge yourself in a Home 'Spa' by a gentle massage of camomile aroma oil to relax your muscles and stress joints. Take the dried flowers cream and pamper yourself with home manicure and pedicure.It heals the minor skin allergies leaving it soft and smooth.

Soak yourself with a warm aroma bath with several drops of camomile oil and dried flowers. It is fantastic for stiff and inflammatory body joints..a sooothing heal. End your SPA with a cup of camomile tea..a treat in any Himalayan home. It cures stomach eroding effects for pain-killer users. 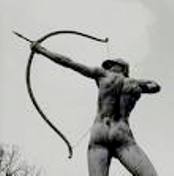 The Indian Archers have done India proud, by winning the World Cup in Turkey, in the ancient tradition of Archery.

The Chief Minister of Himachal Pradesh, Prof. PK Dhumal was honoured by the Golden Peacock Award for Sustainable Environmental Development in the Himalayan State.

Smt. P. Patil, Hon. President of India is welcomed by Prof. PK Dhumal the Chief Minister of Himachal Pradesh on her summer retreat in the Himalayan state.

With the start of the Summer Festival in Kangra the young and old can now enjoy the entertainment of music, art and cultural troupes from all over India.

The recently elected Sh. Anurag Thakur received a warm civic reception at the famous International cricket stadium of Dharamsala. Himachal is looking forward to better sport developments in the state.

Recently, the famous Pakistani band- 'Junoon', rocked the enchanting valley of Jammu & Kashmir with their pulsating beats and music of Peace and Harmony. 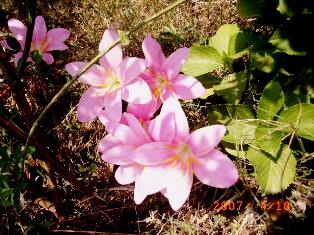 With the first burst of Monsoon hitting the Himalayas, Vidya Niwas garden is blooming with an array of fragnent Himalayan Lilies in various colors of the rainbow !

As, Iam not a member of any Social Club today I miss my childhood days of social integration and togetherness. I remember, during the Monsoons my father was working for the Irrigation Department (Uttar Pradesh)..while he was always worrying about the flood levels, we children thought there was nothing better than 'dancing in the rain'! We made our own social club where each one of us were assigned a duty on a certain day. Unfortunately for me my German Shepherd dog - Sherry, had torn all the library books which had to be returned to the 'Hobby Corner'. I remember all of the club members coming together repairing the books so that they could be returned on TIME !

News Dharamsala "Judge your success by what you had to give up in order to get it!" The Dalai Lama, May 21, 2008

...Beside me was an old chubby smiling monk who told me to be patient. He then started telling me all about the 'little monks' in his monastery and what they did ! It seems irrespective of what status they have 'a child, always stays a child'. By the end of it we were all laughing including the shopkeeper!... 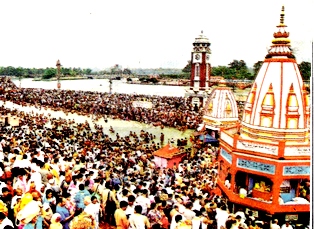 News Dharamsala'Budh Purnima' in Haridwar,Holy City of the Ganges, Uttranchal.

Every year during monsoon the ceremony, at the 'Bijli Mahadev' Temple in Kullu begins with a natural flash of 'lightning' & 'thunder' from the skies, which falls on the mud and mollasses ,'shiva-lingam' after the Sacred Puja celebrates..the creative and destructive power of the Mahadeva 'SHIVA' !!

The St. Francis Church in old Goa is also known as the sacred tomb of St. Francis Xavier the patron saint of Goa throughout the Christian world.. The saint's body survived 500 years without being embalmed. It lies in a silver casket and is shown for public viewing after every ten years.

The ancient health tradition of the body and mind was highlighted at the Yoga Camp in Nahan, Himachal Pradesh by Swami Karamvir..the Yoga Scholar & Guru.

The Martial Art Students of Dharamsala participated in the All India Martial Art Championship held in Dharamsala recently. The Art of self-defence was attended by students and experts from all over India.